Welcome to our blog

We are eCommerce development experts who love Open Source and knowledge sharing.

Our journey with Sylius project

After almost 3 years from setting up a company we’ve finally achieved a huge milestone - Sylius project has reached 1.0.0-beta.2 version (read more here), the most complete and bug free release of this great eCommerce framework!

As Lakion, our adventure with Sylius has begun in 2014. The company was set up to provide commercial services around Sylius, so our main activity was supporting the project and the whole community including commercial projects. We’re glad with the fact that since that time, Lakion has become a huge part of Sylius community and the biggest project contributor so far. It's the effect of work of our team that has put an incredible amount of effort into this project and it placed them all in the top #10 Sylius contributors with over 4600 commits in total! That’s something we can be proud of as a company. Thank you all Mateusz, Łukasz, Kamil, Arek, Grześ, Magda, Janek, Ania! 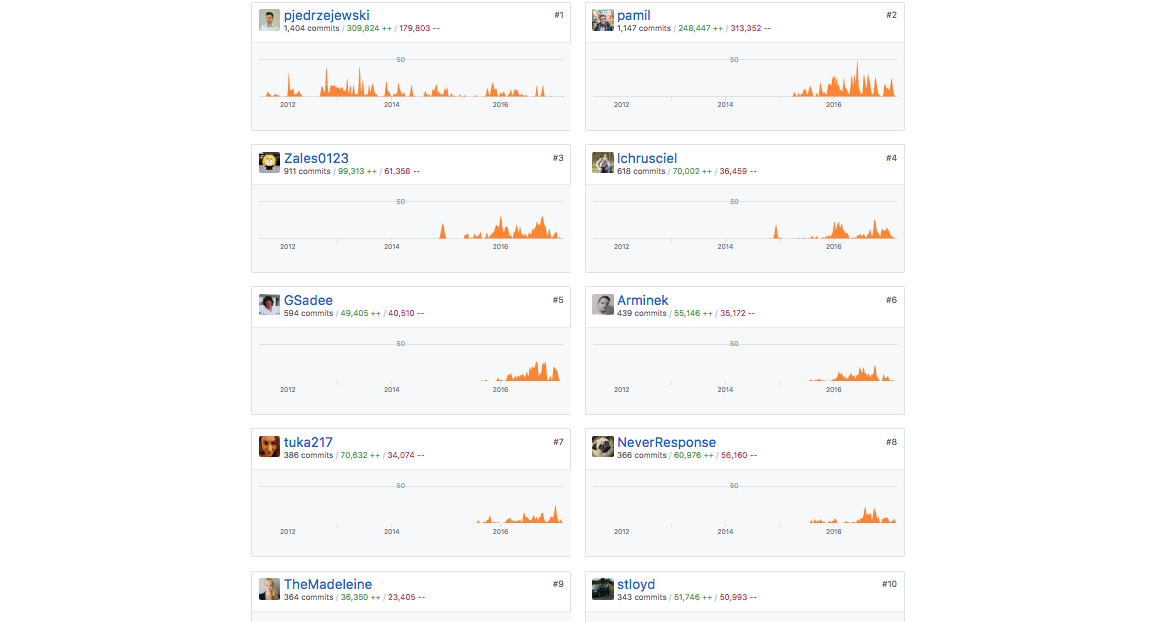 From the very beginning (data from June 2014), +350k downloads and ~140 contributors were already an amazing achievement, but it was just a start!

After a year Sylius reached +200 contributors and a huge milestone over 1mln downloads! The popularity was growing, more and more contributors were joining the community and we could see the increasing number of downloads. It was a sign that the project is getting better and we could recognise that our support helps to achieve this intended effect.

In 2016 we decided to do some big changes that were described here and resulted in rewriting the core of the platform delivered together with a completely new shop interface and administrator panel. What is more, our team member has been responsible for documenting every feature we delivered, so Sylius ended up having one of the most complete documentation of all Open Source projects which is receiving a lot of complements, good job and thank you Magda! It all was a huge effort, but definitely worth it!

Today we see the effect of all activities that took place in the course of all these years. Sylius has reached +3mln downloads and +350 contributors. The number of contributors doubled and the downloads increased by almost 1000% compared to 2014, what is an incredible result.

The community that was built around Sylius is amazing and has been a tremendous help in achieving this. There are single developers as well as big companies that have supported Sylius by being early adopters and contributing to the project. All of that creates a great ecosystem of mutually beneficial relationship. We're glad to be a part of such ecosystem and thank you all for creating such environment.

During the last years we’ve invested a lot of time and resources to support the project. Many features, bug fixes and hard decisions, but it seems to be the last big step to the 1.0 stable version of Sylius. The greatest moment for the whole Sylius community is right behind the corner. The long awaited (over 5 years!) stable version of this pioneer eCommerce framework. That’s going to be a huge event in the whole eCommerce community. We’re looking forward to this moment and you should too!

Want to see how we work?

This website uses cookies to improve your experience. We’ll assume you are ok with this, but you can opt-out if you wish, and read more about it or just close it.